My sister, Annie Caulfield, died of cancer in November 2016. I wrote 5 articles that got published in Standard Issue. I'm putting them up here -- if you're going through or have gone through the same heartbreaking experience, they may help you. You are not alone. x

In November 2017, we had to say goodbye to our wonderful Annie Caulfield. Her sister Jo Caulfield talks about dealing with the grief.

This is probably not a fun read. Just to warn you, so you don’t read it with the tone of voice. Like a newsreader who hasn’t read ahead and is unaware that it’s not a fun puppy story – the puppy drowns.
My sister died of cancer aged 57.
Immediately that seems such a melodramatic statement, but death is as dramatic as it gets. It’s the end. I am the first person to shout “drama queen!” in this modern ‘selfie’ world of oversharing, but now I can’t stop myself. Maybe writing about it will stop these thoughts going round and round in my brain.
It’s like a punch in the stomach, about two or three times an hour. “Fuck. I didn’t know you were going to die.” I miss her so much. But more than how much I miss her, is how much I hate that she died.
I find it hard to say out loud, maybe that’s what this is about. It’s too awful to say. Which now sounds very overdramatic and ‘actressy’. I say actressy as a pejorative, obviously.


I’m a comedian. I enjoy making strangers laugh. I am very mistrustful of people who enjoy telling strangers how sad they feel. I’m also aware I am not unique. I don’t have a monopoly on grief. In the league table of deaths I don’t think a sibling is top. Not above a child, a suicide, your parents when you’re young or the love of your life, but it’s in the top five. It’s a place in the Champions League.
Nor am I writing this for sympathy. I’m OK; I’m alive. I’m writing it because grief is weird and not what I thought it would be. It is not weepy or sentimental or delicate. Well, mine isn’t. Mine is angry and deeply sad, yet able to walk around as if it’s not there.
It is there; it’s there all the time. It’s odd to walk about with such a huge, raw feeling and people not know it’s there. Ordering drinks at a bar, renewing my car insurance, talking to a woman who’s hired me for an after-dinner speech. I want to say, “Two bottles of Peroni, please, and my sister died six weeks ago.”
And I feel so stupid for not knowing that she was going to die. Not just in the hospice but all our lives. That I went about my business not knowing that my sister would only have 57 years. Like a film where I didn’t see the ending coming. “No! And then… What? She just dies?” What an idiot I am.
It even felt like there must be someone I could go to. “Excuse me but Annie Caulfield died, that’s a mistake, isn’t it?”
What a dumb ass! If only I had known. I would have… I don’t know what. Stuck to her like glue? Clung to her? Oh god, ’clung’ is very melodramatic again. But I would have. And Annie would have said, “What the hell are you doing?”

“Annie was always brave, all her life, because she would be scared and wrong – often wrong – but she’d just jump in and do it anyway. She was my big sister and she knew best.”

I had thought there would be a lot more crying. I am a big cryer. Music, films, that NSPCC ad on TV, all have me blubbing like a fool, but I haven’t cried that much over my sister’s death. Or I’ve cried differently, a dry heave that comes from deep within my belly then rolls up through me and then I sob, huge slow sobs that seem like men overacting in films when they’ve been asked to cry.
How could she just die? It’s the permanence following something so random. And the speed. It now seems so fast. She was diagnosed with cancer and 20 months later, she passed away.
I blame all those celebrities jumping about in T-shirts saying, “Let’s smash cancer”; “We’re beating cancer”. Annie was so sure she would.
There’s an ad on TV advising that if you have a cough that hangs around it could be lung cancer; get yourself checked. Annie never, ever had a fucking cough. She had back pain. She went to an osteopath who said it was her posture, sitting writing all day. It wasn’t, it was a tumour in her lung pressing on her spine.
I remember her mentioning that back pain for months; that’s months she went undiagnosed. If we had known. If we had known what we know now about how cancer can manifest itself she might have been treated in time, she might have lived. And, if I can be selfish, I would still have had that one person in the world who is like me. Like me but braver.
She was always brave, all her life, because she would be scared and wrong – often wrong – but she’d just jump in and do it anyway. She was my big sister and she knew best. Even when I knew she didn’t, I followed her around happily, wagging my tail, just content to be with her, having adventures.
I remember being shocked when she’d gone shoplifting, shocked but impressed. So much eyeshadow – we were rich!
When I was 16 we went hitching round Europe. Not inter-railing, hitchhiking. Two young women alone, it never occurred to me that it wasn’t a great idea. Only when we were jumping out of a moving lorry as it slowed down on a hairpin bend in the Swiss Alps did I think, “Maybe Annie doesn’t always know best…” We were sexually harassed across five countries but we had great stories. Annie always had great stories. She was always exciting to be around.

It must be wonderful to believe in an afterlife. Unfortunately, I don’t and neither did Annie. Someone at her funeral tried to tell me that her electricity and aura were still living on in the world and I wanted to smack them in the mouth. Obviously people mean well. They think it will be comforting, but it just seemed such banal rubbish. It belittled the awfulness of Annie not being alive anymore. Any talk of her ‘looking down on me’ just makes me angry. I know – I am not easy to comfort.
Conversely I was talking to a friend of mine who lost his wife to cancer 10 years ago. I said how sad I felt and he replied, “It’s just a huge gaping hole in your life that can never be filled.”
I laughed and laughed. It was so funny to have someone be honest and not even try to be remotely comforting. And yet it was comforting. I’d wanted someone to say what I was thinking.
People acknowledging Annie’s death – sending cards, texts and emails – has been a comfort. I would recommend sending sympathy cards, even if you don’t know what to say; just say that. It’s just old-fashioned good manners and I was very grateful to people who did it.
A big sister is always ahead of you in life, making your path easier. I am so grateful to Annie for being a good sister. Even if sometimes it was learning the hard way. (Don’t drink vodka with no food just because your sister does – you are only 13.)
I don’t know if I will get to live to be an old lady but I do know I will have to learn how to be one by myself. Because my sister died of cancer aged 57.

Please consider donating to the Macmillan tribute fund set up by Jo in Annie’s name. https://macmillan.tributefunds.com/annie-caulfield 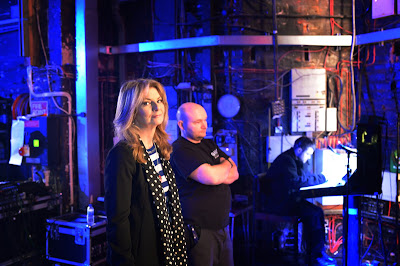 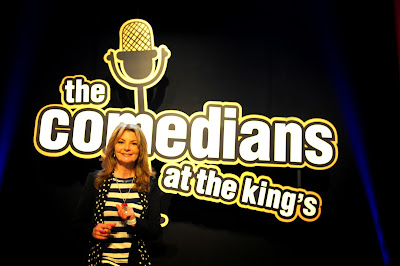 Posted by Jo Caulfield at 12:26 pm No comments: