My sister, Annie Caulfield, died of cancer in November 2016. I wrote 5 articles that got published in Standard Issue. I'm putting them up here -- if you're going through or have gone through the same heartbreaking experience, they may help you. You are not alone.

Four months since the death of her sister Annie, Jo Caulfield is navigating situations she didn’t even realise existed.

If making an arse of yourself by bawling your eyes out in public is one of the stages of grief then I have that one down pat.
It’s four months since my sister died of cancer.
My train had been cancelled and that, for some reason, immediately made me cry. My big sister died and now my train is cancelled – that’s just too much to cope with. I was crying as I asked the guard which platform for the London train. He explained it very clearly and gently. He seemed to think I was crying because the cancellation meant I had to change at Bristol Parkway.
“It’s a very easy station to change at,” he said. He was so nice about it I started crying again.
There are new situations that I haven’t learnt how to navigate. They just hit you. You don’t know they’re coming. I was about to be the entertainment at a posh charity do. All women; women so posh they seem like a different species. Clothes that were clearly expensive, bright green, orange, but they may have been wearing them since 1972.
The lady next to me reminded me of Princess Margaret: fun, perma-tan, knocking back the wine, with something tragic but stoic about her. Her facelift meant the bottom of her face didn’t really move. Or maybe that’s just the way posh people hold their faces. Her son had been to Iraq in the army; my brother had been to Iraq in the air force.
“Have you just a brother?” she asked me.
“No, I’ve a sister as well…” Tears shot into my eyes. Shit. “I had a sister; she passed away recently, I’m sorry… I’ve never said that before.”

“I suppose I am only just realising that this will go on forever. A bright, crisp spring day makes me think of her, how much she would have loved a day like that. She’d go striding through London telling tourists to get out of her way.”

She held my hand; well, she grabbed it, held it hard and said, “That’s awful. Awful.” The fact that her facelift meant she couldn’t display much emotion was actually helpful; I could get myself together as they were about to introduce me.
She was an only child, but told me she had lost her best friend to cancer 20 years ago. She understood. She knew. She was the perfect person to have that moment with, answering that question for the first time. She doesn’t know it, but I will remember her forever.
I still haven’t worked out what I’ll say the next time it inevitably happens, but everyone must go through that. It’s not just that it’s still too painful to say out loud, it’s also the effect on the other person – it seems unfair to put that on them.
They’re just engaging in harmless small talk and you lay a big drama on them. But at the same time, I have/had a sister. How do people phrase it? And what about photos? I don’t have any photos up at home because we’re redecorating, I spent ages worrying about putting up photos again. Finally I realised that everyone I know knows that she has gone and why would a visiting gasman ask. I’m an idiot!
My husband put some music on my iPod, music I really like, punk versions of great female anthems. I put on a punk version of Cher’s Believe. My husband came back to find me doubled up, crying from my gut. Music just wires itself straight to your emotions, like a bottle of red wine in one shot. Note to self: maybe don’t listen to music for a while.

Sometimes you know to prepare yourself but it still doesn’t work. An old mutual friend of mine and Annie’s emailed me to say he was in London doing a play and we must meet up. He and my sister had kept in touch, he had moved to America and I hadn’t seen him for 25 years.
I told myself: this will be emotional; we were all friends a long time ago, when we were young and thought we’d all be around forever. After the show I went up to him and was immediately a mess, a deluge of snotty tears and blubbering nonsense.
He tried to get me to sit down: ”Let’s take a bit of time…”
I bailed. I knew it was impossible; it was too much for me.
Walking to the tube my friend Daniel said, “Well, that’s one way to get out of the post-show, ‘You were marvellous darling’ conversation.”
My sister would have loved that. My knees buckled with that happy-sad cry that gives way to hysterical laughter.
I suppose I am only just realising that this will go on forever. A bright, crisp spring day makes me think of her, how much she would have loved a day like that. She’d go striding through London telling tourists to get out of her way. So many of us lose people we love before their time.
I think the rest of my life will be time she should have had. Things are different, forever.
I’m still angry. The adverts that say, “We’re walking over cancer.” Fuck off, we’re not – that’s what I think every time I see them. They make me irrationally angry. Obviously I want people to raise money for Cancer Research. It’s wonderful that people do.
But I hate those ads. It feels like a criticism of people that don’t survive cancer. Like a judgement. The dirty little secret, they don’t want you to mention. That people are still dying from cancer, every day. That it is a horrible, grotesque, merciless disease.
I find myself thinking about her last months.
In animal documentaries they often talk about wild animals dragging themselves off to die alone, away from the herd. I always thought that sounded noble and dignified but seeing people dying of cancer, I realised why they wanted to die alone. They know they are weak and vulnerable and the other animals could hurt them.

“A very close friend of Annie’s also likes to talk about her and that is a huge help. We both knew her so well that we know what she would think about things and people; we tell stories about her and if we get upset it’s just part of the conversation.

Sometimes people will do that too; they are so frightened that they lash out at those they love or withdraw into themselves. My sister did that briefly, she was so scared, so vulnerable, I don’t know what she imagined me or my brother would do?
Maybe if we had fallen apart it would have been too much for her. Or maybe she was afraid we would kill her hope, say what was really happening. She had to keep making plans that envisaged a successful outcome. Once she saw we were just being ‘normal’, she was herself again. (So if that happens, remember it’s not to do with you.)
And those thoughts and memories make my grief seem indulgent and selfish. When I think about everything she went through. How brave and funny she was. How grateful she was to her Macmillan nurse. How she kept saying how amazing the NHS was. “They’re spending hundreds of thousands of pounds on me!”
But I also know that her ego would want her to be missed, and talked about and celebrated. So I will go on missing her. I won’t try to get rid of these thoughts.
I find myself talking to Annie in my head all the time. Usually nothing profound.
“There’s some old posh ladies staying in this Travelodge, they are confused by everything, you’d love them. One of them just said, ‘The only thing we ever fell out over was marmalade.’”
“I’ve just started watching Prison Break, did you like it?”
“I haven’t finished talking to you yet.”
Some people don’t like to talk about the person they’ve lost. I do. But you have to have the right person to talk to. A very close friend of Annie’s also likes to talk about her and that is a huge help. We both knew her so well that we know what she would think about things and people; we tell stories about her and if we get upset it’s just part of the conversation. But actually we don’t usually get upset; it’s more like we both get to spend time with her again. If you find a person like that, it’s very precious and it does help.
Annie has left behind her partner and his loss is so much greater than mine. Strangely that’s comforting, which makes me sound like an absolute bitch, but I mean it’s comforting because it was a bonus to have/had/have a sister I love so much. As trite as it sounds, it’s better to have loved and lost… Christ I can’t believe I wrote that – but it is true.
It’s also true that talking to other people who have felt this same degree of loss helps too. Like my Princess Margaret lady. I knew she knew and that was enough.
It’s four months since my sister died of cancer.

Annie’s Macmillan tribute fund is linked below if you would like to donate. Macmillan helped us all, and we will be forever grateful. I can’t imagine how hard it would have been for Annie to have gone through this without them. 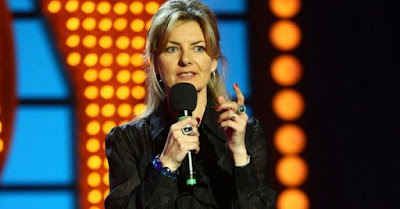 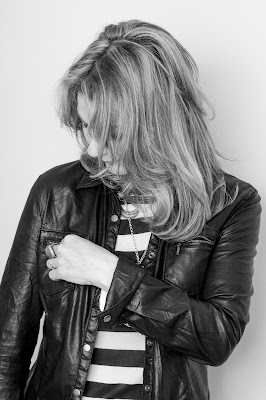