Over the last 7 days I've noticed several people sharing videos of Bruce Springsteen gigs where he either a) sings directly to a little kid in the audience or b) gets a little kid on stage to join him in a duet.

I have two problems with this….

A live music gig should be about subversion and hedonism and nihilism and getting wasted and getting fucked up and raw casual sex and big loud f**k off drums.
A live gig should be Jimi Hendrix setting fire to his guitar - not singing a lullaby.
A live gig should be jumping up and down to The Ramones - not babysitting.
A live gig should be sucking off a member of the road-crew for a free t-shirt - not changing dippers.
It's not a crèche. Don't be so selfish. Take your spoiled little brat to IKEA, like any normal parent would. Just because your child ruined your life doesn't mean you should let it ruin everyone else’s.
Also, give the audience their money back. They paid to hear Bruce Springsteen, not your kid. 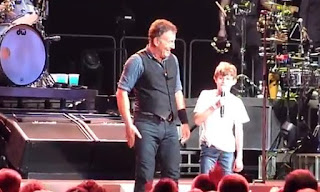 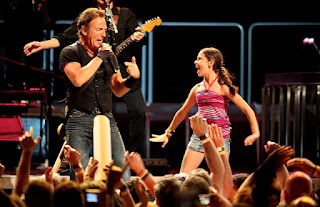 2) Bruce Springsteen is shite. He hasn't released a decent record since 1975. Bland Americana dross. Bruce is the Rock 'n' Roll equivalent of a Mills and Boon novel. Some of you will disagree but in this case you are completely wrong because you have no musical taste.

Born In The USA? Bollocks.
Dancing In The Dark? Worst dance record ever. Have you never heard Chic?
The Rising? Vomit rising in my throat.
The only decent thing ‘The Boss’ ever did was give 'Because The Night' to Patti Smith.

Go and watch the video! Just look at it.
Bruce Springsteen inviting the child onstage looks like a bad version of BBC1’s “Summertime Special”. 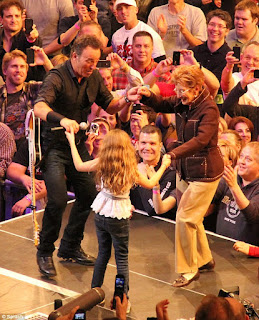 He should have punched that child. Or set it on fire.

When all is said and done, the fact remains - Bruce Springsteen is no Sigue Sigue Sputnik.

Why are we elevating cosiness? 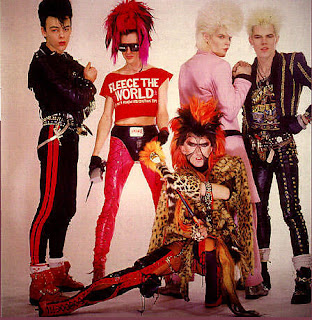