There's no place like Edinburgh Fringe Festival. As one of many incredible offerings during August in Edinburgh (including the Book Festival, International Festival and the Art Festival), the buzz of the city is at an all-time high. GLAMOUR'S Emma Gannon headed up the city of art and comedy to watch the best female comedy talent. Here are the shows and comedians that really tickled her and left her reeling for weeks after.


I had the pleasure of seeing Jo Caulfield's stand up as part of Set List Live described as "comedy without a net" an iconic improvised night of comedy where the acts have no idea what their script will be for the night. Set List is famous for having some seriously incredible names on the stage in the past (for example king of comedy, the late Robin Williams) so we knew were in for a night of laughs. Jo Caulfield was my favourite of the evening, totally killing the audience laughing with her made up jokes on the spot, even the very controversial topics. 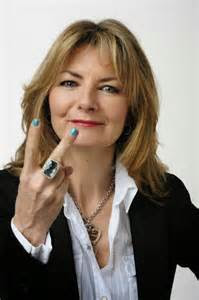