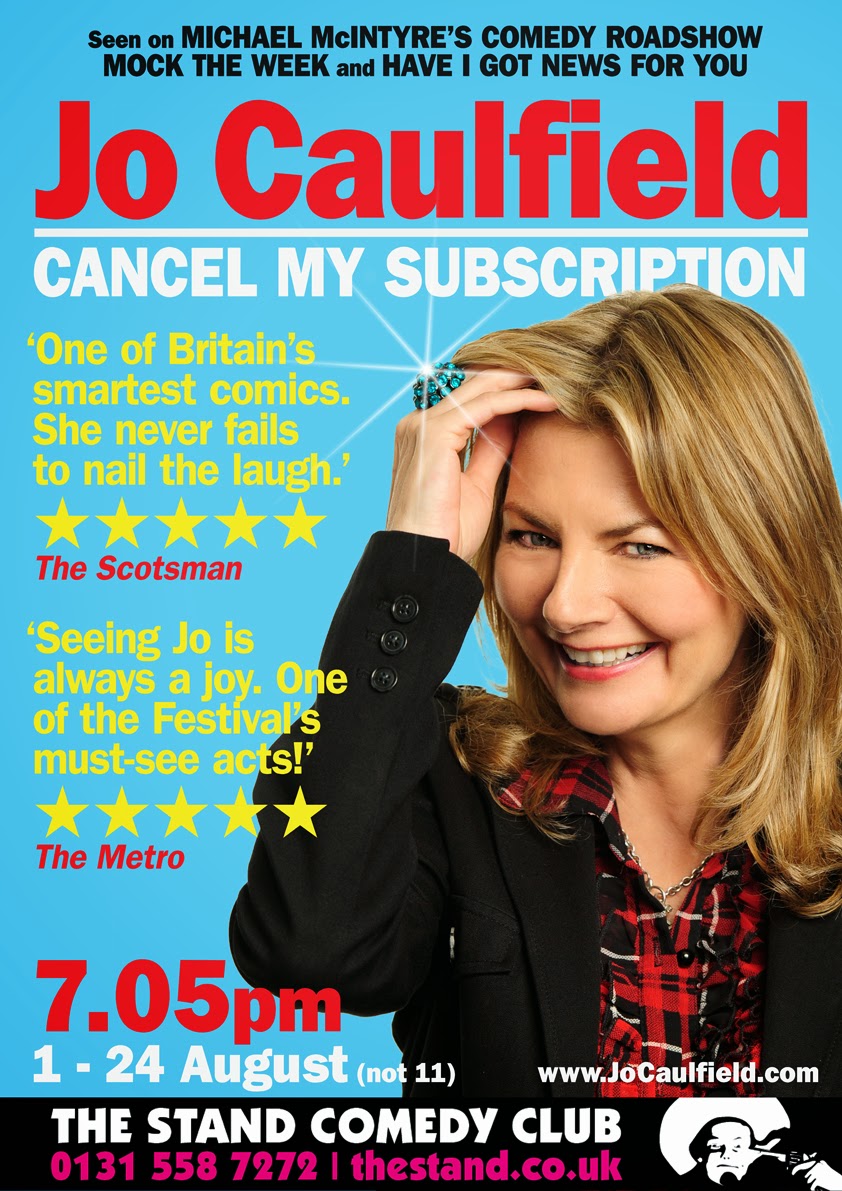 “CANCEL MY SUBSCRIPTION” is pure stand-up comedy. There are no gimmicks - simply Jo Caulfield and her biting acerbic tongue. This is the show for anyone who has ever wanted to scream: “Please shut up - YOU DON’T KNOW WHAT YOU’RE TALKING ABOUT!”

Audiences can expect razor-sharp observations and scandalous one-liners as Jo Caulfield shares her opinions on everything from women who always pick the wrong partner and men who continually quote gangster films, to families arguing on trains and the growth of passive-aggressive corporate friendliness.

Jo also confesses to a romantic break that almost ended in divorce, re-enacts the world’s WORST birthday party and explains why her husband could never be a serial killer. 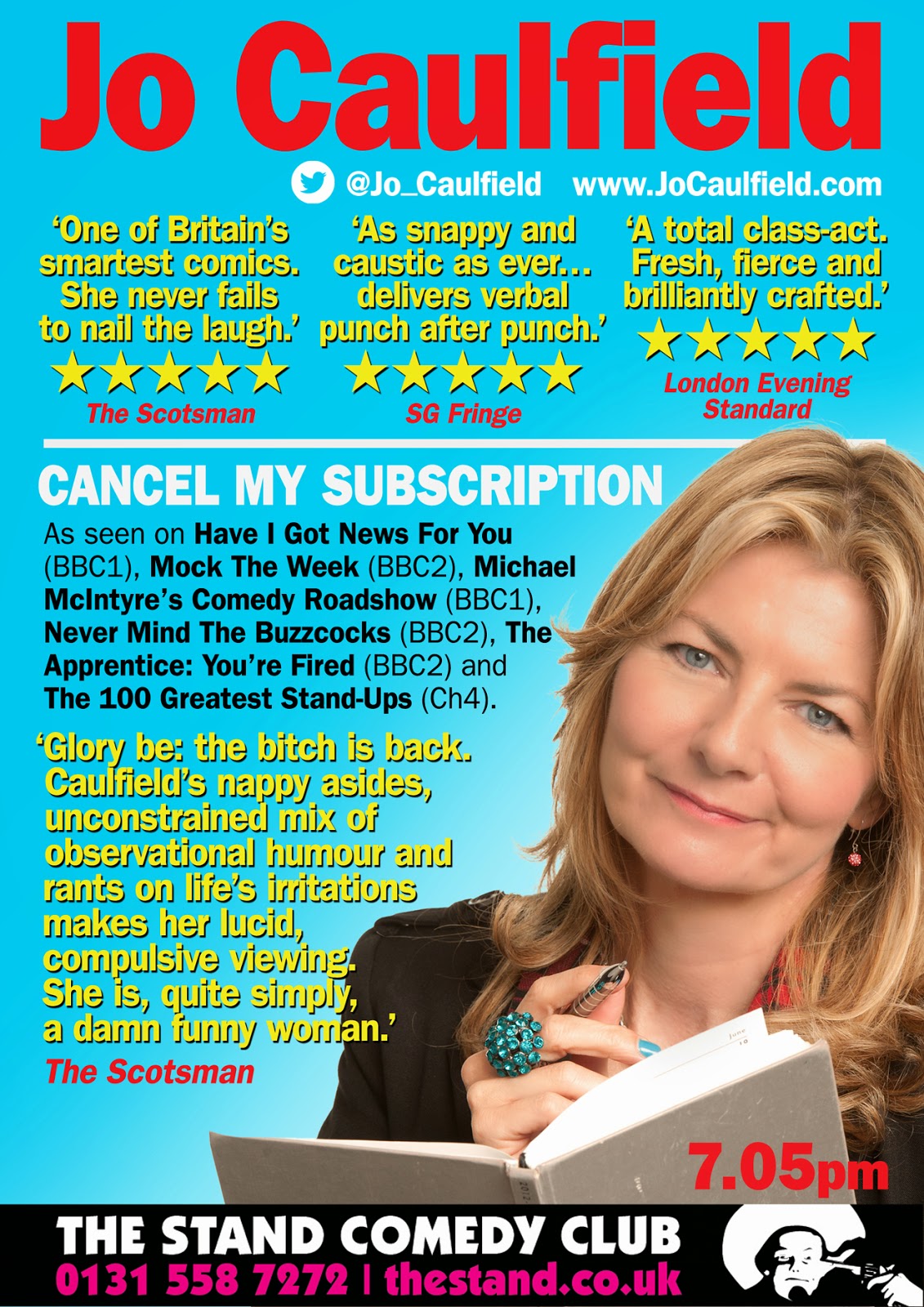 “Many of the points Jo Caulfield makes about the human condition would have sociologists stroking their beards in admiration, but her audiences tend to be laughing too much to notice" - The Times.