The Edinburgh Festival is only 63 days away. Broadway Baby asked me to write an article and maybe give some advice... so, here goes...

The smart money is on Brazil but I’m going with Argentina because they have an easier route to the final. Stick down Lionel Messi as top goalscorer and a £5.00 double could bring you £244. And that little windfall will be much needed when the money-grabbing Edinburgh Fringe Festival kicks off two and a half weeks later.

So, what should you buy with your winnings? Well, it’s Edinburgh in August so I’d suggest a pair of flip-flops and an umbrella. Or some suntan lotion and a waterproof jacket.

Or you could come and see me 24 times at The Stand Comedy Club and still have a pocketful of loose change. Why not enter into the real spirit of The Fringe and give your loose change to one of the human statues that’ll be cluttering up the Royal Mile in the name of Art? I’ll admit I don’t know much about Art but I do know a 1st year drama student spray-painted silver is less an expression of alienation in modern Britain, and more the actions of a complete tosser who should get a proper job. I’m sure their parents are very proud.

Yes, you’ve got to love the Festival!

1) Before my very first Edinburgh (way back in 1907) I was given this piece of advice about preview shows. You should never do more than 5 or 6 of them. I can’t remember who told me, it was either Adam Bloom or Andy Parsons (*) but the reason behind it was: it’s better to keep your material fresh and exciting for yourself. The last thing you want to do is arrive in Edinburgh with an hour long show you’ve become bored of performing.
(*) Or maybe it was Jeff Green. It was either him or I read it somewhere. No, now I come to think about it I’m pretty sure it was Adam Bloom. Or Andy Parsons. Or Jeff Green. Or I read it somewhere.

3) Don’t read your reviews. Leave that until the end of the Festival. Have a trusted friend read them for you and have them pull out any good quotes you might be able to use in advertising your show. (This does not include Broadway Baby obviously. Broadway Baby is the Hunter S. Thompson of comedy reviews. In that all the staff are on drugs and they all deserve a good kicking from some Hells Angels.)

A quick word about advertising your show: when it comes to advertising I'm as confused as the next person. When I first came to the Festival (way back in 1856) I was told that the return on a leaflet was three out of the hundred. Give out 100 flyers you get 3 punters. Give out 1000 flyers you get 30 people. This is my 12th year and I’m genuinely embarrassed to think how many trees have been cut down to publicise my shows.
As for posters; I was told a passerby needs to see an image 19 times before it makes any impact of consciousness. I’ve no idea who told me that either.
Can you see a common theme here? People tell me things, I can never remember who, but I take it as a fact. Maybe a therapist would trace it back to my Uncle George - “Go on, just let me put it in a little bit. I promise it won’t hurt”.

4) Don’t read anyone else’s reviews. Don’t take pleasure from the misfortunes of others. I don’t understand performers who waste energy reading and gloating about other shows when their time would be better spent concentrating on making their own hour better/stronger/funnier. The healthy attitude is “you’re not in competition with anyone else. You’re only in competition with yourself”.

5) Listen to your audience. If they laugh, it’s funny. If they don’t laugh, rewrite the joke. You don’t need a trainee journalist to tell you that.

6) Stay away from jokes about Celtic / Rangers / Catholics / Protestants. That subject has been wonderfully covered by Scottish comedians who actually know what they’re talking about. The same goes for deep-fried Mars bars, David Bowie’s comments about Scottish Independence, anything to do with Trainspotting and pandas being more popular than Conservatives. This advice is primarily aimed at edgy Australian comics.

7) Don’t forget to enjoy the city itself. Edinburgh is an incredibly beautiful, picturesque, historic city. It’s full of great bars and great restaurants. Take a walk down to Leith. Take a bus out to Portobello. Take advantage of the fact that you’re going to spend a whole month in such an amazing place.
Try The Bow Bar (80 West Bow) if you like real ales, or Mathers (top of Broughton Street) if you want to watch football. Try The Jolly Judge (James Court) if you want a relaxing drink, or The Port O’ Leith (Constitution Street) if you want to relive your acid-house days. Try CC Blooms (Greenside Place) if you like cock, or The New Town Bar (Dublin Street) if you like upmarket cock. Or visit any bar in Morningside if you enjoyed Doug McClure in The Land That Time Forgot.

8) Forgot to pack something? Don’t worry. You’ll find everything you need at The Edinburgh Bargain Store on Clerk Street. If you need some sellotape, a new notebook, a badly framed photo of Madonna or a bottle of grape flavoured Snapple - this is the place to go. They sell anything and everything. It really is an Aladdin’s Cave of useful junk.

9) Run out of flyer/posters? Pace Print (19 South Clerk Street) will knock more out for you. Tip: bring a digital image of your leaflet/poster with you to Edinburgh on a memory stick. I wish I’d known that when I first came to the Festival (way back in 1814).

And finally…. please, please, please… take any flyer that’s handed to you. Standing on a street corner, handing them out all day long is a thankless task. Treat each flyer as if it’s your own. Take it and drop it off wherever you’re going. Be it a bar, a coffee shop or another venue. You never know, someone else may pick up and go to the show. 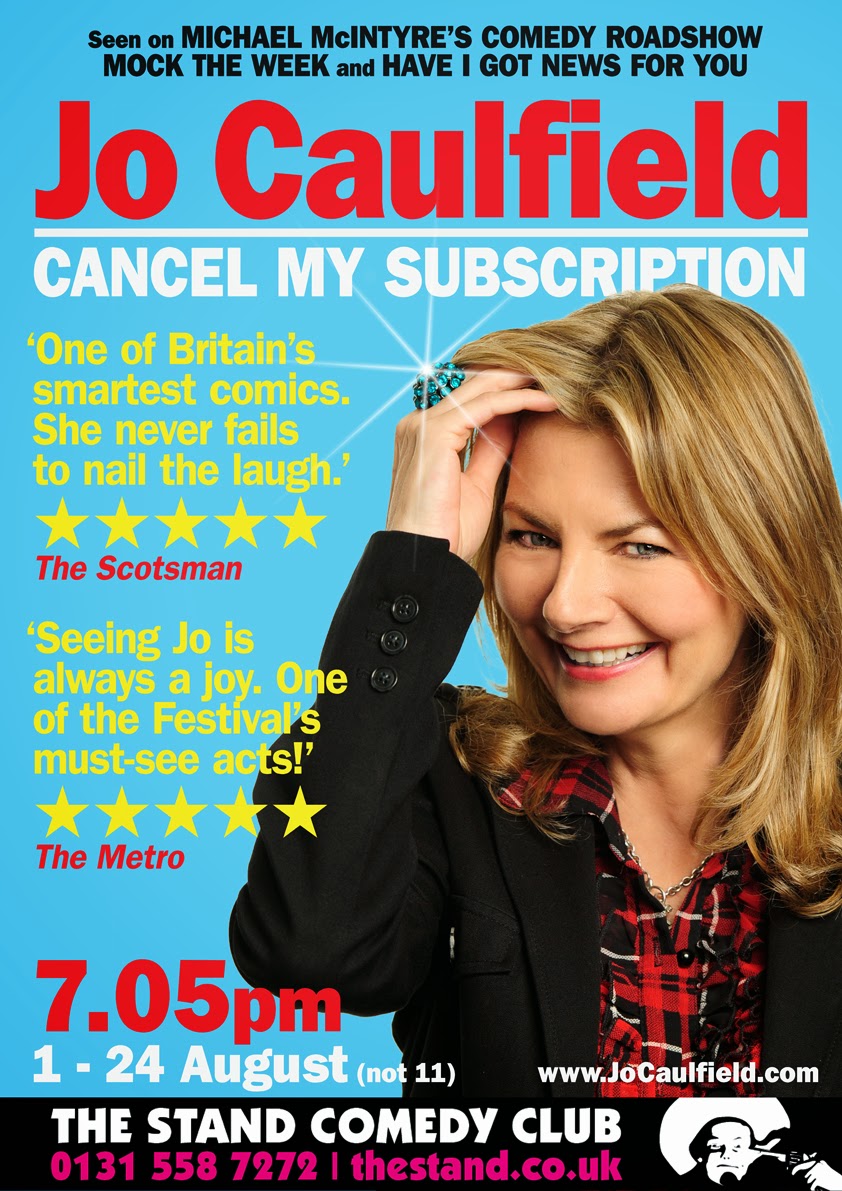