So... I said on Twitter: "Spot the spelling mistake. Win a prize" And there was a picture of my Edinburgh Festival poster... 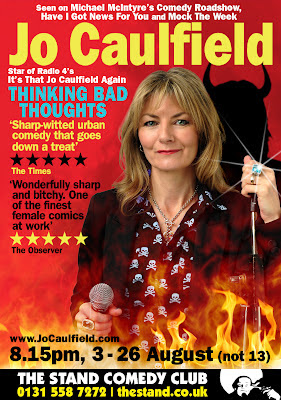 DAVE: “There should be more stars?”


JULIE (AGAIN): “Or it could be comedian not comic..but they couldn't fit it in”

DEREK: "Is it the bit that says you're funny?"

So, who won? Who spotted the mistake?

Yeah, there was NO mistake, I just wanted you to look at my poster.
Sorry about that. I promise I won't do it again.
Until next time.