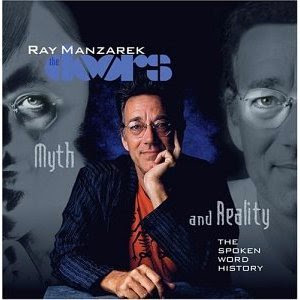 RAY MANZAREK - The Doors: Myth and Reality
This is excellent. Keyboard player Ray Manzarek telling the story of The Doors and their music. The guy is 70 years old but talks with incredible energy and enthusiasm. He’s "a head, a hipster, a coooool dude man” – that’s the way he talks, it’s hilarious, joyful and incisive. He talks about the first time he heard Chicago blues as a kid - “Wow man, that sound! What is that? It’s like a snake man, like a snakey sexy snake....it totally blew my cosmic mind, man.”

It's cut up with his keyboards and sounds of the time – it’s so much more than just a man reading a book.

In these X Factor times it’s nice to come across someone with integrity, it was never about fame and money, it was about the music and the work. The secret to a happy life. Yeah man...........open up your mind, break on through to the other side man. (You'll be talking like that for the rest of the day!)

Worth hearing just for his story about the Rock and Roll Hall of Fame asking him if he had Jim Morrison’s leather pants. "Why would I have Jim Morrison's pants? Go fuck yourself!" Brilliant, had me laughing out loud.

On the same theme of people who don’t compromise and manage to survive the vanities and madness of Rock and Roll I watched the Peter Bogdanovich directed TOM PETTY AND THE HEARTBREAKERS documentary. 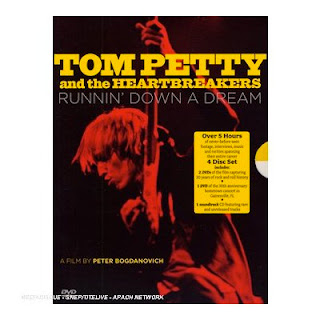 I’d been meaning to buy it for ages and then it was shown on BBC 4 the other night. It’s over 4 hours long so I thought I’d watch about an hour and record the rest but I ended up watching the whole thing straight through.

I love Tom Petty anyway, that whole rock ’n’ roll Americana, singing about the underdog and Fuck The Man music – (that’s what I call it anyway, not really a catchy name for a genre!)

But watch it, it's the classic story of a band getting ripped off by the music business story and how Tom Petty fights back – and wins.

And there's footage from his childhood right the way through to the first days of his getting into music – how come all Americans have film of themselves as kids – this was the fifties! They keep saying he’s from a poor family but in America that means your Dad has a cine camera.

Favourite Tom Petty songs: Breakdown, Anything That’s Rock ‘n’ Roll, American Girl, I Need To Know, Listen To Her Heart, Here Comes My Girl, The Waiting………(A stupid list to start – clearly I like a lot of his songs) 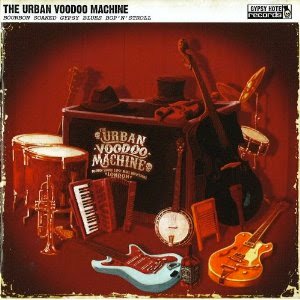 Do yourself a big favour and go buy/ download/ steal this album. Go to their MySpace page and watch the videos. Why can't all music sound like this?

It's like Latin Rhythmed 60's Garage Rock-a-billy Madness - all my favourite sounds by the way.

'Always Out', 'Orphan's Lament', 'Down By The River', 'Two Ships'... go listen.
What else has been keeping me sane?
MOONDOG: H'ART SONGS
Wikipedia says: Moondog was the pseudonym of Louis Thomas Hardin (May 26, 1916 – September 8, 1999), a blind American composer, musician, poet, and inventor of several musical instruments. Moondog removed himself from society through his decision to make his home on the streets of New York for approximately twenty of the thirty years he spent in the city. He could be found on the streets of New York wearing clothes he had created based on his own interpretation of the Norse god Thor. Because of his unconventional outfits, he was known for much of his life as "The Viking of 6th Avenue" ... you can't wait to hear him now, can you?
Start off with 'Enough About Human Rights'
Because I've been guest host on a comedy radio show in Glasgow I've been spending a lot of time sitting on trains , so in no particular order the other bands gracing my iPod this month include: Todd Snider, The Temptations, Amanda Palmer, Gil Scott Heron, Al Kooper, The Fuzztones, Jim Carroll, Stan Ridgway, Nick Lowe and the Mighty Diamonds... all fantastic, all worth hearing ... in fact stop reading now and go hear them yourself. and let me know what you think.
Posted by Jo Caulfield at 9:47 pm